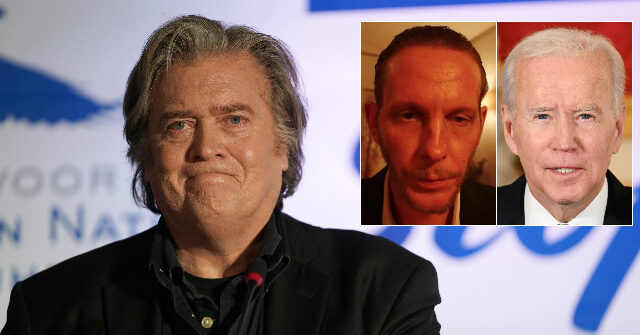 Steve Bannon, former Trump White House chief strategist and host of the popular “War Room” podcast, praised the new film My Son Hunter for highlighting the Biden family corruption scandals which Bannon believes will be a centerpiece of an impeachment case against President Joe Biden if Republicans regain control of Congress in November’s midterm elections.

“Absolutely brilliant film. Everybody’s got to watch this film particularly [because], look, this is going to be the second article of impeachment on Biden,” Bannon said during an interview Friday on his “War Room” podcast with My Son Hunter star Laurence Fox, who portrays Hunter Biden in the film.

Bannon laid out how My Son Hunter will help build momentum for Biden’s impeachment should Republicans regain control of the House in November as is widely expected.

“This film is only going to get more screenings and more showings as we get to the hearings. Because remember: the second article of impeachment is…

Prev Next
Back to Top
Close
DAILY MAIL COMMENT: Tories gamble on new era of Trussonomics

Inside Russia, anguish as men are conscripted to fight in Putin's war