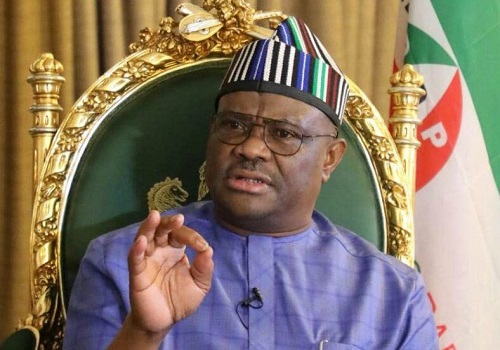 Governor Nyesom Wike of Rivers State has again insisted on the resignation of the national chairman of the Peoples Democratic Party (PDP) Sen. Iyorchia Ayu, as the only resolution to the internal crisis of the PDP.

He suggested that as a way to prevent a constitutional crisis, the National Executive Committee, NEC, of the party can adopt the doctrine of necessity to decide on Ayu’s replacement during the party’s national convention after the general election in 2023.

Wike made the suggestion in Port Harcourt, Friday, at a special media parley saying that what his team is demanding is equity, fairness and justice without minding whose interest is involved.

NEC can decide on new chairman, ratify at convention ― Wike

One year after approval, Nigerian govt yet to pay new hazard allowance for health workers –NLC