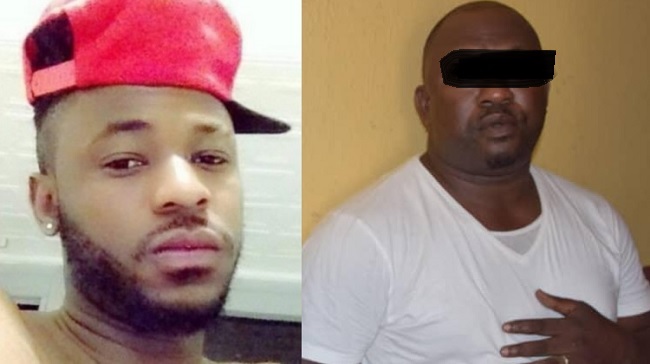 A dismissed police inspector, Olalekan Ogunyemi was sentenced to life imprisonment by Justice Adenike Coker at an Ikeja high court, on Thursday, for the killing of Kolade Johnson, a 35-year-old man at a viewing centre in Lagos.

The convict, Olalekan, 45, killed the football fan when he shot Johnson in the lower abdomen on March 31, 2019, at a viewing centre at Magoro, Ikeja, Lagos.

Delivering the judgement in charge No ID/9776C/2019 between the Lagos State government and Olalekan Ogunyemi, the trial judge, Justice Coker found him guilty of the charge and accordingly sentenced him to life imprisonment with the caveat of serving a minimum of 25 years imprisonment.

He was also sentenced to life imprisonment for manslaughter. Olalekan was charged with murder but the court found him guilty of manslaughter.

YOU SHOULD NOT MISS THESE HEADLINES FROM NIGERIAN TRIBUNE