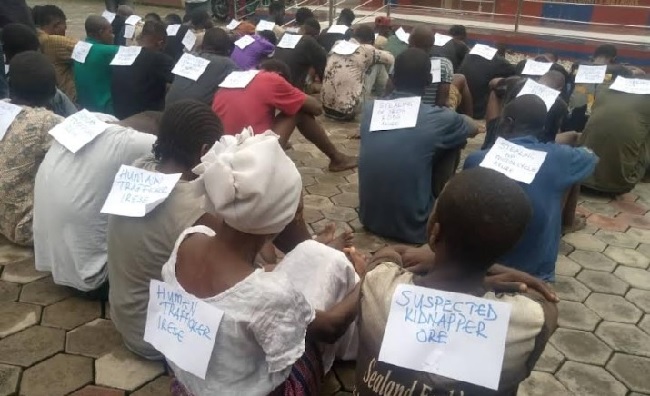 A 25-year-old suspected kidnapper, Usman Muhammadu, was arrested by men of the Ondo State Security Network Agency, Amotekun, on Wednesday, confessed to killing three people abducted by his gang after collecting ransom.

Usman, who disclosed this during his parade alongside some other 45 suspected criminals by the state Amotekun officials in Akure, explained that he had collected over N500,000 from relations of victims abducted by his gang as ransom.

He, however, declined to give reasons for killing the victims despite collecting ransom from the family of the victims but it might not be unconnected with the delay in the payment of ransom demanded form their family members.

Speaking on how the gang operates, Usman said “we have informants who we pay to give us information.

“After we have the information, we swing into action, kidnap the victim, march them into the forest and demand for ransom from their family members.

Buhari seeks debt cancellation from China, US others