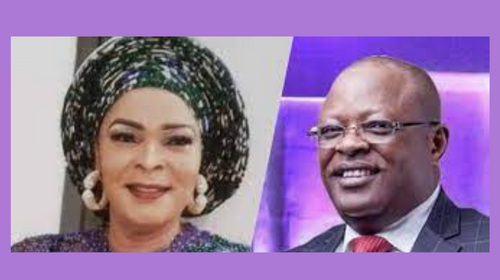 A factional senatorial candidate of the All Progressives Congress for Ebonyi South, Mrs Ann Agom-Eze, has said she reposes confidence in the court to do justice in the matter between her and Ebonyi State Governor, David Umahi, as she awaits Appeal Court judgement on the matter.

Agom-Eze and Umahi have been in the Appeal Court, Abuja, to ascertain the authentic candidate of the APC for the Ebonyi South zone.

Umahi made the final list of candidates for the 2023 senatorial election for the zone released by the Independent National Electoral Commission, after he was earlier omitted from the list of candidates released in June following a controversy which trailed his emergence as the candidate of the ruling party.

But reacting on Wednesday, Agom-Eze, in a statement, urged her supporters to be calm and law-abiding, saying all hope was not lost, as, according to her, the matter was still before the Appeal Court.

She said, “Our dear teaming supporters across…