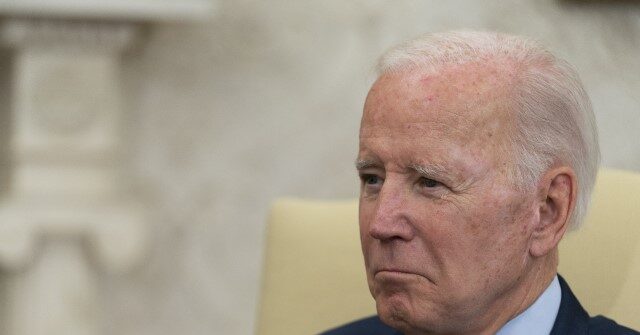 Taiwan’s Ministry of Foreign Affairs issued a statement on Monday extending its “sincere appreciation” to President Joe Biden for stating in a CBS News interview this weekend he would send U.S. troops to defend Taiwan from a Chinese invasion – a promise the White House immediately walked back in a statement to the broadcaster following the interview.

The interview is at least the fourth time in Biden’s presidency that he has claimed Washington as a “commitment” to defending Taiwan from a Chinese invasion, including with the use of American troops – which is not an accurate representation of American foreign policy.

Each time, White House spokespeople have rapidly issued statements insisting that America’s Taiwan policy has not changed from its status quo, which does not contain a military alliance with Taiwan.

America does not recognize the nation of Taiwan as a country and has no formal military treaties with it, nor has it otherwise committed to a…