Coach Andrea Fuentes jumped into the pool after she saw the 25-year-old artistic swimmer sink to the bottom at the end of her routine in the women’s solo free event.

Fuentes, a four-time Olympic medalist in synchronized swimming, lifted Alvarez to the surface before helping bring her to the edge of the pool.

Alvarez received medical attention beside the pool, Reuters reported, and was subsequently carried off in a stretcher. 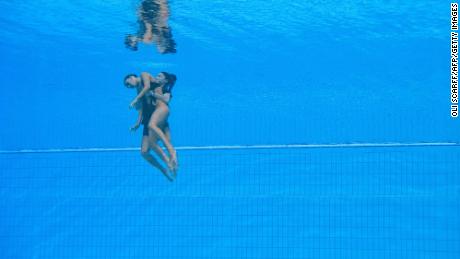 It was the second time Fuentes has had to rescue Alvarez, according to Reuters, after she leapt into the pool during an Olympic qualification event last year and pulled her to safety, along with the American’s swim partner Lindi Schroeder. 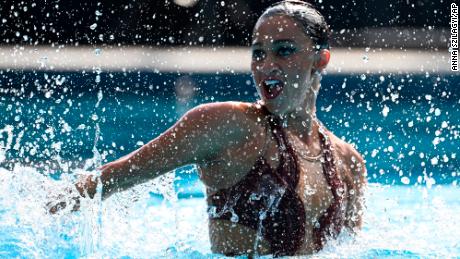 Fuentes told Spanish broadcaster Cadena COPE in a radio interview: “I don’t think I’ve swum as fast ever before, even when I got Olympic medals and well, in the end, I was able to get her up and she wasn’t breathing. Later, came the lifeguard.”
In a statement on the US Artistic Swimming Instagram page, Fuentes said Alvarez would…
ShareTweetShare
Next Post

X
Analysts Shift Multiple House Predictions In Favor of Republicans…UncategorizedLink Analysts from the University of Virginia Center for Politics, who predict the probable outcomes of U.S. House of Representatives races, released …

Send this to a friend