Naija News report that there has been unrest in Anambra lately and one of the latest attacks was the killing of at least seven persons in different parts of the state.

It was reported earlier that unknown gunmen invaded some villages in Orumba North and Idemili North Local Government Areas of the state on Sunday.

The gunmen reportedly killed a mother and four of her children at Isulo village in Orumba North Local Government Area and killed another man in Nanka in the same local council.

It was learned that the gunmen also invaded Abatete in Idemili North LGA and killed two persons during the attack.

Reacting to the sad development, Adamu Garba who is seeking to succeed President Muhammadu Buhari come 2023, described the perpetrators as cowards.

The presidential aspirant accused members of the proscribed Indigenous People of Biafra (IPOB) as the perpetrators of the recent gruesome killings.

In a Twitter thread on Tuesday, Garba said one of the victims of the recent killings in Anambra is his kindred from Adamawa State.

Revealing her name as Fatima, Garba said the woman was killed alongside her children.

He called for immediate decentralization in the country.

The presidential aspirant suggested that Northerners in Anambra State and other people endangered in the state should immediately be allowed to return to their home states since the govt according to him, won’t protect or even care about them.

He tweeted: “In the whole world, there’s never a terrorist organization that is as cowardly as IPOB. More so, there are no ones given unto self-destruction than their silent supporters… 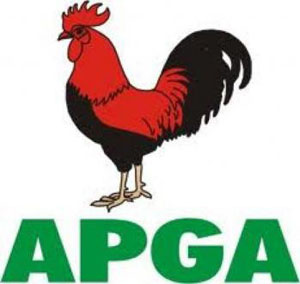 IPOB reveals those behind beheading of Anambra lawmaker, Okechukwu Okoye

Fatima: Adamu Garba slams IPOB, tells Northerners in Anambra what to do