In 2017, I developed the interest to write a book about the Jagaban, but like many of us, some of our ideas and dreams get overwhelmed by procrastination, so did mine.

Recently I declared my intention to support his 2023 presidential ambitions, both here in my personal profile and in one of the pages I manage, hell of insults got so loose, ranging in thousands. Fortunately, I don’t take insults to heart and would rarely return an insult except when such insults are meant for humour or jokes.

Today I want to gladly appreciate everyone who has sent their insults because of a choice I am entitled to. It has enabled, powered and fired up my interest in this project. I came out to support him based on issues but my interest has expanded to principles. There’s no current Nigerian politician who has declared interest in this position that has made the kind of sacrifice, put in the works and readily prepared for this position on self-determination and efforts as the Jagaban has done.

For decades Tinubu has supported and empowered many Nigerians in both the government, private sector and NGOs irrespective of their tribe. Hundreds of politicians have had the same opportunity as Bola Tinubu, but how many of them have used it to truly empower others beyond the billboards? A man who sees the good in others and reaches out to help them develop that goodness in them has a heart of Gold.

22 years ago, Kanu Nwankwo needed seating Governors to support his heart foundation, out of the 36 governors, only Bola Tinubu and two others gave him money to start the Kanu Nwankwo foundation. That foundation has saved lives. Today you are insulting Kanu Nwankwo for coming out to show gratitude to someone who helped him when he needed help. As religious as you are, should you not rather praise Nwankwo for returning to give thanks? Mind you, Bola Tinubu was a Governor in a very minor political party and Kanu Nwankwo is an Igbo in a Tribal emotional country like Nigeria. In this same Tribal country, Bola Tinubu was a governor in a minor political party as earlier stated, yet he was the only governor that included other tribes in his government with key positions. No other governor before him with such records. He is a pacesetter.

Nigerian politicians are not Saint when it comes to corruption but if other politicians were as corrupt as Bola Tinubu, then the states of Nigeria would have been far more developed than what it is today.  I hope you have the mental capacity to interpret that.

Read on but Keep your sentiments aside for a few minutes and ponder on this. Since day one Bola Tinubu publicly declared his intention to contest for the office of the President comes 2023, he has been very committed in his preliminary campaigns, meeting other rumoured candidates in his political party, meeting monarchs and kingmakers, travelling across length and breadth of Nigeria, soliciting for support, seeking advice, trying to win hearts and acceptability among those that can be instrumental in achieving his political dream. He has even organized a National friendly football match to mark his birthday and indirectly create awareness for his ambitions.

There are no other politicians currently doing that at the time of this post or at the same pace, within and outside his political party or a youth group supporting a youth candidate. If he becomes the first person to gain the heart and acceptability among the people he is meeting, he would have positioned himself very well to win the primaries in his party and subsequently at the general pulls.

Look at how he has taken time and sacrifice to position himself, look at the efforts he is making towards his political ambitions that others are not making, then you will realize that he is one man anyone who wishes to succeed in his career should emulate. Asiwaju Bola Ahmed Tinubu is the emeritus captain of contemporary Nigerian politics. He remains Nigerian greatest political strategist of this generation and that’s why he has been the main issue since 1999. No other Nigerian politician has that record. He is a pathfinder, I know the sacrifice it takes to find a path and shows others the way, it takes a heart interested in the well-being of others to be a pathfinder.

It is not enough to join the ranting bandwagon, take a step back, and sit inside yourself to study the life , the commitment, the tenacity, the courage and the sacrifices this man employs in pursuing his goals will make every deep thinking person desire to learn more about him. He is a Genius. Before him, Lagos State like every other Nigerian state depended on the Federal government oil monthly allocation to run their states.

In 2004, when he was being persecuted by the federal government, who stopped giving Lagos state allocation, instead of bowing to the pressure to withdraw the additional local government Areas his government created to take governance to the grassroots, Bola Tinubu’s team developed an initiative that brought about inland revenue generation that surprisedly, began to generate more money for the state that surpassed the federal allocation and that initiative has been sustainable till date with no other state coming as the second. So if you are looking for anyone who has the experience to generate more money from non-oil sources, Bola Tinubu has a capable team if that becomes one of his goals as a president.

He is a living icon and I am personally interested in learning from him. I am a Nigerian youth but I am not a typical Nigerian youth. And let me explain that, most Nigerian youth would rarely publicly acknowledge and appreciate the good things their poor relatives do for them. They will instead sing praises of a total stranger because he is rich or lives abroad. They will rarely campaign for a politician based on issues or personality but as soon as that individual politician gets into power, his ears will be deafened with sycophantic praises. I rather seek to praise and or appreciate people for who they are than what they are.

I am strictly on this mission because I have in my private time, studied the man Jagaban. He is one man I love to emulate. I admire him. He is my mentor. He is a human capital developer. Tinubu creates opportunities for others to thrive. He is progressive. Nigeria will prosper more with him. Friendly policies would be made and implemented. He knows how to find the right team to get things done. When it comes to politics, leadership is the ability to develop progressive initiatives and policies and the ability to assemble the right team to get it done. Tinubu has A1 experience on that.

Many Nigerian youths with political interest would have the opportunity to get closer to power with the likes of Tinubu as a president.

You can not jump into power, you have to climb the ladders, but you can leverage to get closer. Tinubu will give the youth who comes closer that leverage. You and I know that he is known for that.

I am very much convinced that Tinubu is our best option come 2023.

My project is The Vision Beyond Lenses and I am inviting interested Nigerian youth to join this movement for teamwork. Let’s make it happen. Why they are busy insulting, let’s get busy working on our mission.

This article originally appeared on Vanguard. 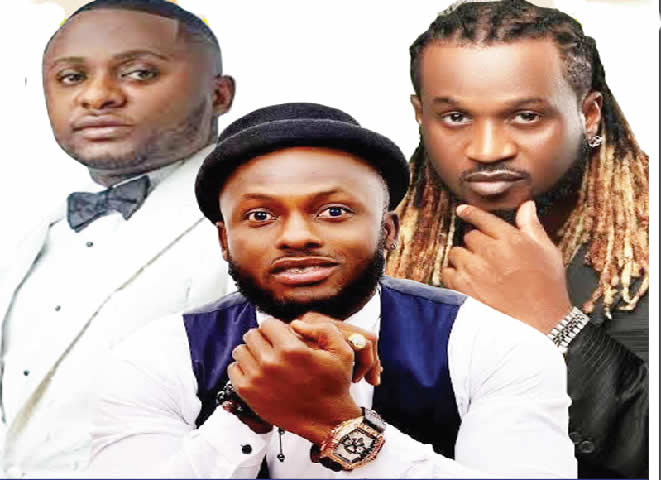