Nigerians who resort to loans from online lenders following stringent conditions of banks are being subjected to psychological trauma by the lenders, VICTOR AYENI writes

Dele Awosanya (not his real name), an architect, was obviously in distress as he was drenched in sweat on this fairly cold day. He looked around the area in fear as if someone had been trailing him on his way coming, “I have been fighting all my life, trying to do good, trying to make it. I have been used and cheated, but I never stopped getting better in my chosen path, but right now I am scared and confused,” he said, with a tone of frustration.

“I am currently broke and bankrupt and these loan apps are after my life because I am unable to clear off my debts. The messages and threats are already making me consider death as a gateway to escape this shame. I have lots of prospective clients who promised me at least a contract for 2022, but if these loan companies go ahead with their threats, I cannot guarantee my own sanity. They have promised to dent my image and make sure I regret taking those loans. Now, I can only hope on God.”

Awosanya is one of thousands of Nigerians who have obtained loans from online loan sharks and defaulted for one reason or other and have had their fingers burnt as a result; they have been subjected to a level of harassment and emotional distress that have deepened their misery, shred their humanity and robbed them of their will to live.

These online lending companies have becoming a thriving source of getting quick and easily affordable loans for many individuals and business owners in Nigeria, since the process of accessing small amount of loans in banks can be lengthy and quite tedious.

With loan apps like LCredit, EasyCredit, Palmcredit, NairaPlus, QuickCheck and TrueNaira, to name a few, the revolution of digital banking in Nigeria has broken the exclusive role of banks to offer loans, thus paving the way for individuals across social strata to obtain loans online without the hassle of going through the bureaucratic processes of many banks.

Online loan apps are often hosted on Google Play Store; prospective customers install these apps on their mobile phones and must agree to their stated terms and conditions in order to use them. These apps often require the user’s Bank Verification Number and a phone number link to it, among other financial details, after which the borrower is presented with various credit ratings, interest rates and their repayment time frame.

Unfortunately, what many had thought was a flexible and digital means to cushion the effects of the harsh economic realities of the country, has turned out to be more or less a virtual maze fraught with devious and inhuman tactics that are pushing many people off the deep end into the tunnels of depression, anxiety and eventual suicide.

We were pushed to the brink of suicidal thoughts — Victims

Jaiye, a business man and father of two, had tried his hands in several businesses, including fish farming, but none of them guaranteed financial security, so he ventured into Cryptocurrency. After being scammed of almost one Bitcoin and also a group that claimed to be a cooperative seeking government fund/grants for youths trying to go into agriculture, it became clear that obtaining a loan was the only lifeline left.

“In 2017, I got married and the wedding expenses coupled with prior issues led me to financial losses with a little left after my salary, so I needed to raise money somehow. I took my first loan from a microfinance bank, but work changes between 2018 and 2021 made it difficult for me to properly consolidate my loans from the banks to pay down properly.

“My rent was due this past September; it was also the start of the first term for my children and I had to take a larger loan to pay off my former employees as well. By October, I could no longer cope, my landlord was on my neck, my children’s schools  were also threatening to send them home, and I didn’t even have money to go to work. So I took out another loan, hopeful that my confirmation at work would happen soon and things would get better. That confirmation didn’t come till the second week of December.

Read  the full story in Punch 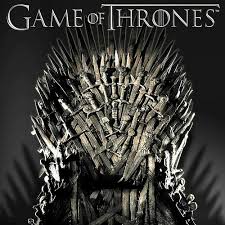 Prev Next
Back to Top
Close
How will Putin attack the West? Online banks and mobile phone reception will CUT OUT, nations will be hit by blackouts and the NHS will be crippled by hackers as Russian undercover agents walk streets to steal war secrets